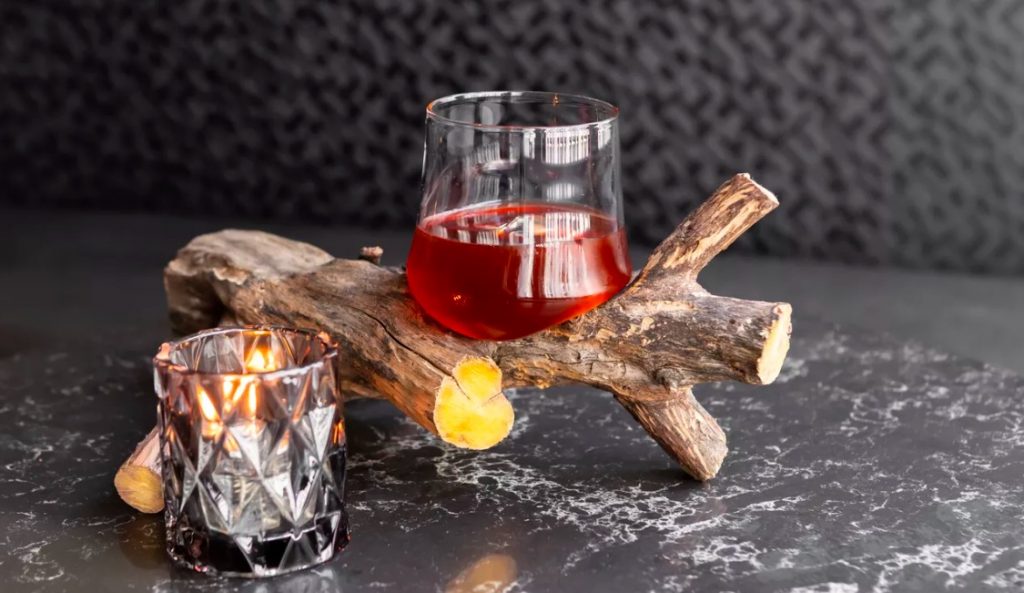 But the array of pastries, chocolates, and many-colored macarons at ONE65 Patisserie & Boutique is just an introduction to the many splendors that await at ONE65 — a years-in-the-making effort from the restaurant group behind Alexander’s Steakhouse and James Beard Award-winning chef/partner Claude Le Tohic — whose other components will open in the coming weeks.

ONE65 occupies a tall, narrow 1908 Beaux Arts-style building at 165 O’Farrell (the address from which the project takes its name). Considered from outside, it’s a bit like a dollhouse, or the layer-cake setting for a Wes Anderson movie.

D-Scheme Studio’s architect and president, Marc Dimalanta, designed all of ONE65’s floors. The first is the simplest and cleanest, with white marble counters and glass display cases for pastries and candies. Here, customers will find freshly-baked breads, daily soups, and traditional French sweets, many packaged and ready to take home. There’s also coffee, beer, and wine.

Behind the counter in the back of the room, customers can see into a kitchen, where bakers make their viennoiserie and bread. And up the stairs or elevator to the second floor, they’ll see more production in action: Chocolate being made in its own glassed-in display room.

Following the opening of ONE65 Patisserie & Boutique, a casual third floor restaurant, ONE65 Bistro & Grill, and a clubby, fourth floor bar and lounge, Elements, are set to open on May 24. Last to open will be O’ by Claude Le Tohic, a fifth floor fine-dining restaurant debuting on June 6. It’s supplied by a kitchen on the sixth floor (which, like the second floor, is mostly production space with limited seating)

9 Things to Know About Coming French Dining Hub ONE65

“I think there’s a spirit of France throughout the project,” says ONE65 bar director Trevin Hutchins, “but each level has its own real identity.”

A system of dumbwaiters connects ONE65’s floors: Hutchins, for example, will send cocktails from the fourth floor up to O’, and chef de cuisine Jennifer Dewasha, the force behind the third floor bistro, will send her full menu up to the fourth floor bar.

The whole operation requires about 150 employees: With so many workers scurrying around, “our running joke is we’re gonna need to have stop signs.” says Hutchins.

If ONE65 is indeed an embassy, then Claude Le Tohic is its chief ambassador. “This is my new home,” said the chef, who last ran Joel Robuchon’s three Michelin star restaurant in Las Vegas. He’s not just executive chef of ONE65, but the face of the new businesses: A camera-friendly force as comfortable greeting customers as he is assured in the kitchen. And after years of work on ONE65 behind the scenes, Le Tohic seems excited to show San Francisco diners a bit of very French hospitality.