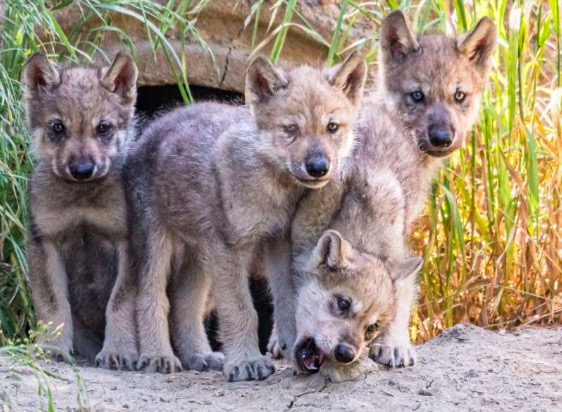 The zoo acquired mother and father wolves Siskiyou and Sequoia in April 2018 as part of their partnership with the California Wolf Center, an organization dedicated to increasing California’s wild wolf population.

Siskiyou and Sequoia were both born in captivity, then relocated to the Oakland Zoo’s California Trail exhibit, a 22-acre habitat for species native to California.

When the pair arrived, zoo officials were hopeful the two would bond and have a litter of pups, since creating a pack is “important to the emotional health of the wolves,” according to the zoo.

Since Siskiyou was a first-time mother and is considered an older wolf, the zoo planned for potential complications.

The zoo’s staff monitored the condition of the wolf family throughout the sensitive whelping period, and sought expertise from the CWC, according to the zoo.

The zoo and CWC hope to channel public attention on the story of the new wolf pack to efforts to support the return of wild wolves to California.