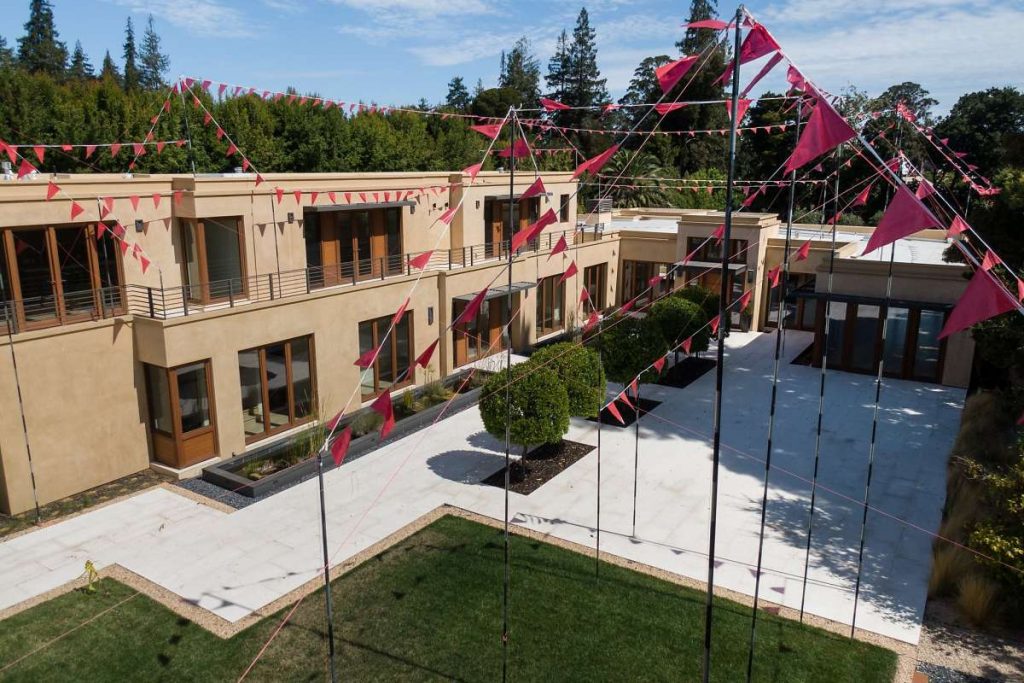 When the 6,400-square-foot modern Tuscan villa in Hillsborough hit the market last year, it featured the design touches of no fewer than four architects. The floors were walnut, the custom mahogany doors imported from Italy and the kitchen fashioned with Scavolini cabinets and Wolf and Sub-Zero appliances. Outside, a pool beckoned along with tennis and bocce ball courts, two koi ponds and a croquet lawn.

In January, an investment banker and his wife ponied up $15 million for the home. They hope to demolish it as soon as possible.

In what marks a new peak in the Bay Area real estate market’s ability to astound, Jeff and Katharine Wilson’s plans to tear down the big new mansion to make way for an even bigger and newer mansion are scheduled to go before the Hillsborough Architecture and Design Review Board on Tuesday.

The board may be familiar with the doomed villa, which was the product of an earlier teardown on the same spot.

The couple are proposing a two-story, farmhouse-style estate of more than 13,000 square feet on the 1.5-acre lot, a property considered especially appealing even in tony Hillsborough, a town of 11,000 people west of San Mateo. Efforts to reach the buyers were unsuccessful.

Gone will be the current five-bedroom, 7.5-bath villa completed in 2013, though the home’s main designer, Jerry Winges — who happens to be a member of the design review board — has urged “a careful deconstruction rather than demolition,” to save the imported doors and windows.

The project on Parkside Avenue is an extreme version of teardowns that are common across the Bay Area, in which homeowners see more value in the lot than the existing structure on it.