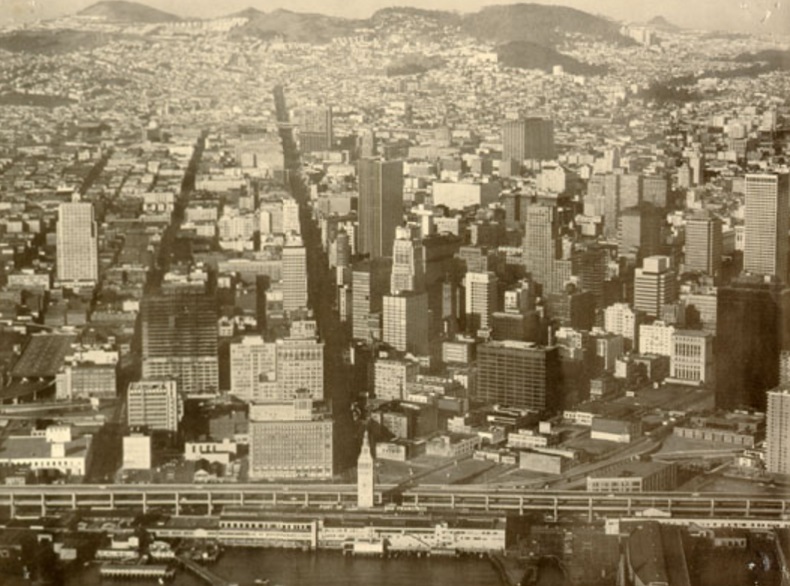 The Bay Area has been bombarded by football festivities. As downtown San Francisco plays host to Super Bowl City — a promotional village for fans to enjoy the spectacle’s 50th anniversary — Bay Area locals rage against the pageantry of the week-long event, Alicia Keys and OneRepublic play free concerts, and a giant football sculpture made of Bud Light beer cans has been erected for boozed-up revelers to worship like some sort of holy monument to sport.

Five decades ago, Super Bowl I was held on January 15, 1967 in Los Angeles, one day before San Francisco’s counterculture activist eventHuman Be-In, which preceded the city’s “Summer of Love.” In the 1960s, San Francisco was grappling against the norms of societal expectations, fighting for personal expression, and testing the electric Kool-Aid. Playland still existed on Ocean Beach, Sutro Baths was nestled on the shore next to The Cliff House, and cable cars ran the streets.

So join us as we celebrate Super Bowl 50 by taking an historic look back at the host city as it appeared during the dawn of the Super Bowl era.

The San Francisco skyline sans the Transamerica Pyramid, which wasn’t built until 1972. 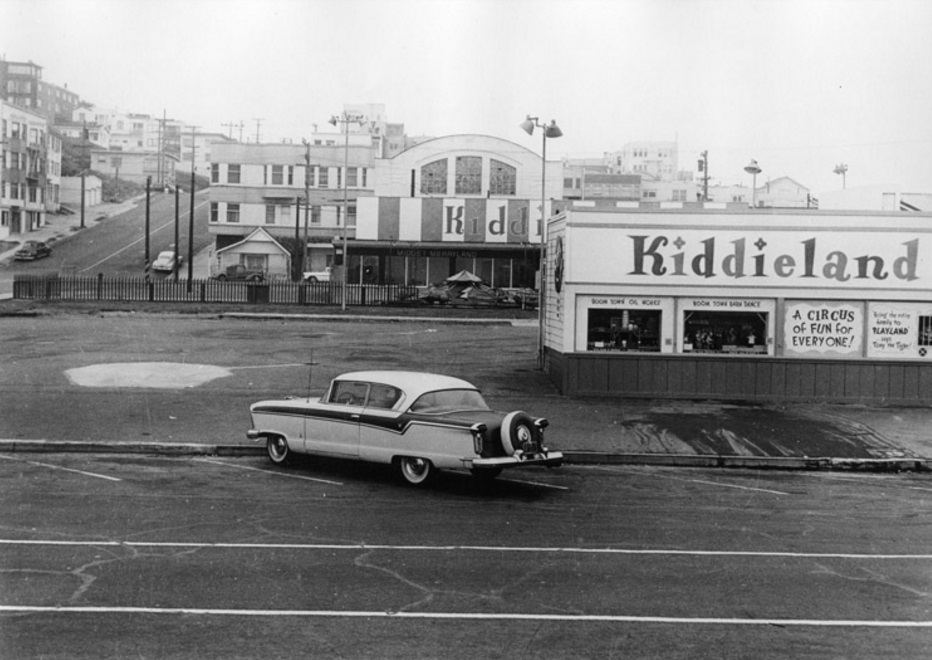 The seaside amusement park used to be alongside Outer Richmond, but closed in 1972. 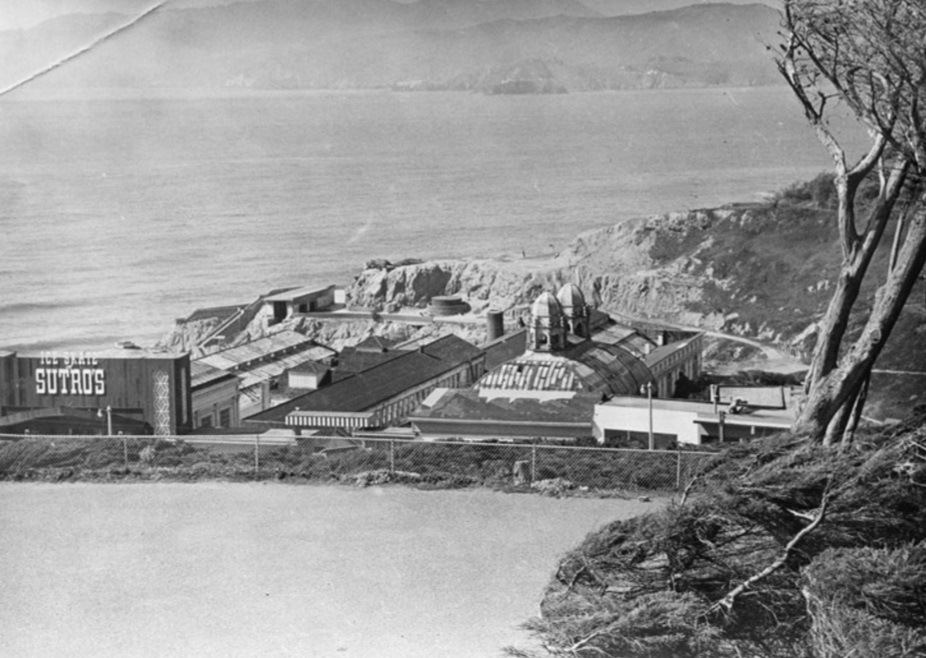 Arsonry burned down the Sutro Baths in late 1967, but before that it was one of the largest indoor swimming pools in the country. It contained 517 private dressing rooms, six saltwater pools a freshwater pool, and an ice skating rink.

Inside look at Sutro Baths swimming pools and bleachers, ca. 1965. 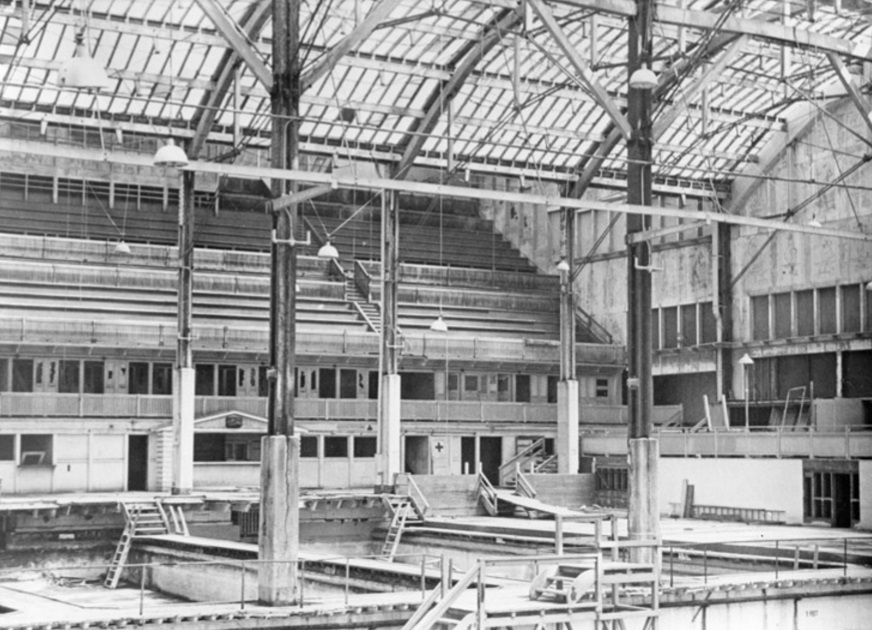 To get across the largest pool, people would use canoes. Now you can still see the ruins of the Sutro Baths when adventuring through Land’s Park. 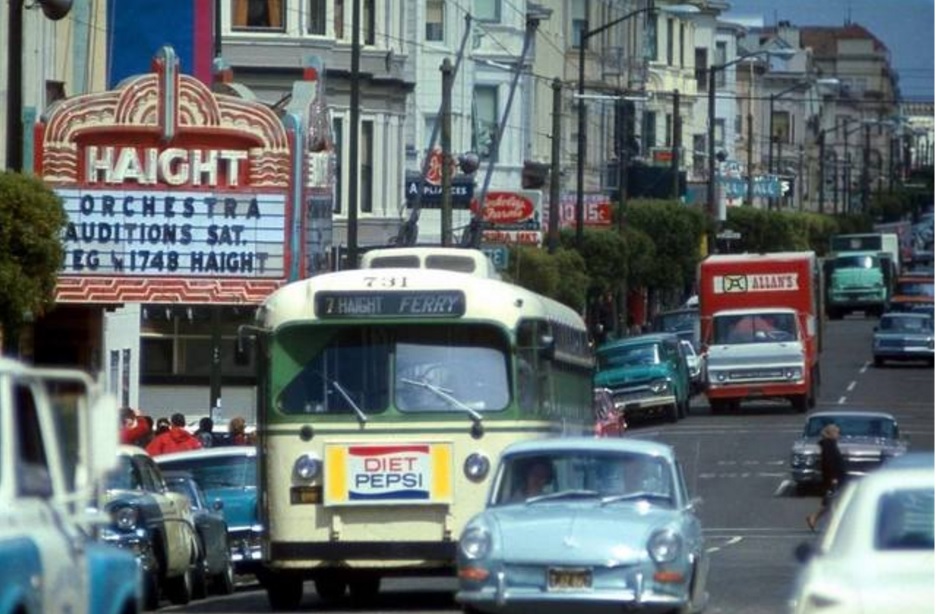 The Grateful Dead, Janis Joplin, and Big Brother all played in the “Straight on the Haight” theater. It was renovated in 1964 after being a movie house for over 50 years in order to accommodate the “Aquarian Age.” 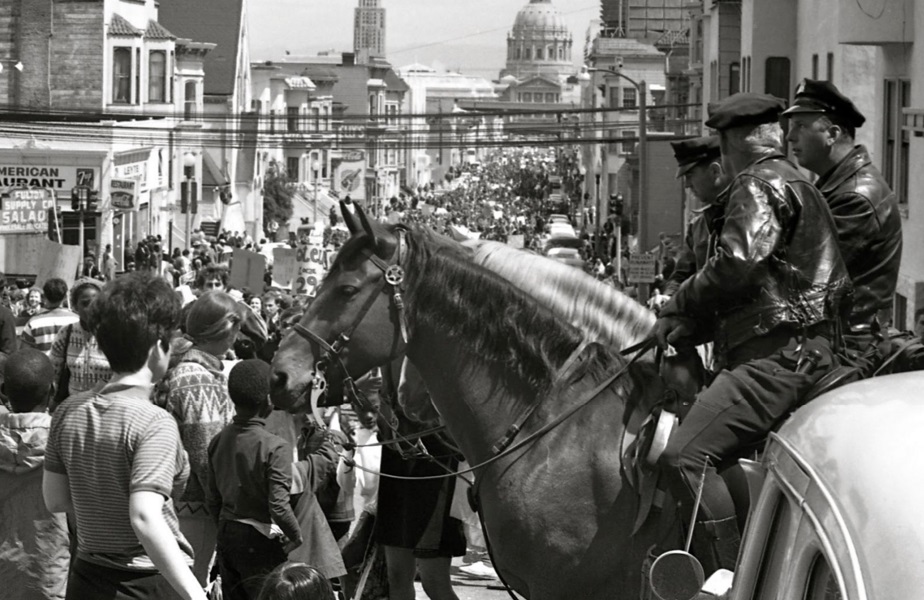 With San Francisco’s City Hall in the background, the counter-cultural movement collides with civic law.